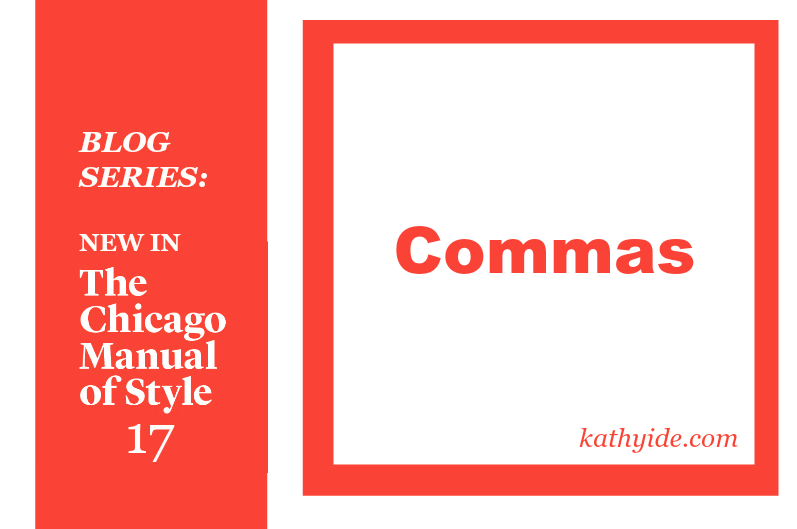 Although the new 17th edition of The Chicago Manual of Style has not, to my knowledge, affected the viability of my Proofreading Secrets of Best-Selling Authors, there have been a few changes I want to pass on to you. I blogged about some punctuation additions last week.

Here are some guidelines changes about commas that I think are important for authors and editors to know about:

The abbreviation etc. (et cetera) and such equivalents as and so forth and and the like are preceded by a comma. They are followed by a comma only if required by the surrounding text. This small departure from the recommendation in previous editions treats such terms as equivalent to the final element in a series. (According to a more traditional usage, such terms were often set off by two commas.)

A direct question is sometimes included within a sentence but not enclosed in quotation marks. Such a question is usually introduced by a comma (unless it comes at the beginning of a sentence) and begins with a capital letter. This slight departure from earlier editions of the manual recognizes that such a question is analogous to (and can be treated like) a direct quotation.

13.15: No comma to introduce a quotation