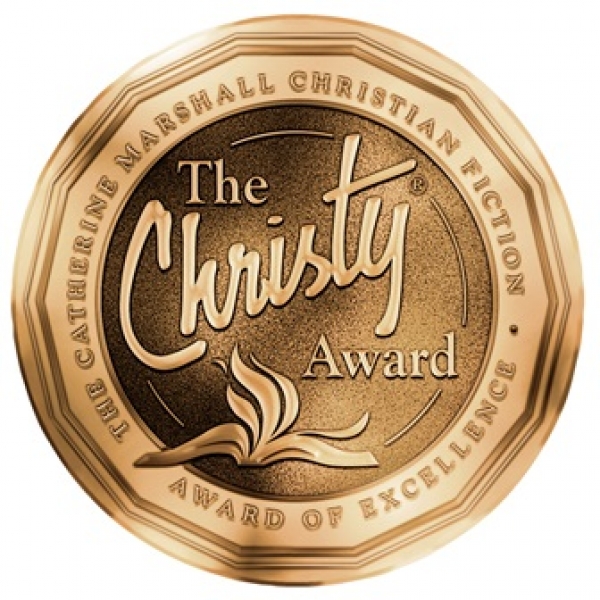 Upon hearing the news that her short novel Restoring Christmas is a 2017 Christy award finalist, Cynthia Ruchti raised her face to the sky, clasped her hands to her heart, and said, “I can explain hard work. I can explain that God gives the gift of storytelling. But I cannot…ever…explain the outrageous favor of God.”

Restoring Christmas is Cynthia’s second Christy finalist. Last year her novel As Waters Gone By was also a finalist.

Established in 1999, the Christy Awards have come to represent the best aspirations and accomplishments of authors who write from a perspective of faith. The award was named in honor of Catherine Marshall’s novel, Christy, published in 1967.

Christy has sold more than ten million copies since its first publication, earning the rank of national best seller in August 1968, a rare feat for a Christian novel.

Independent publisher Joanne Bischof was walking on her treadmill when she received the news that her novel, The Lady and The Lionheart, is a Christy finalist this year. She says “[I was] trying to shut it down and get off all at the same time as the news was being relayed to me so it took me a few moments for my brain to engage with what was happening!” Two previous books of Joanne’s were also finalists.

When asked about the Christy Awards and nomination, Cynthia Ruchti said, “It’s been an honor to have books recognized by industry awards. From the first one, I have placed my Bible over the physical award and prayed, ‘Jesus, help me always see this through Your Word.’ I have a Christy finalist medal from last year for As Waters Gone By. This year’s honor is at least as humbling. Maybe even more so. The legacy of the Christy Award program has had me applauding for other authors and publishers for years. I’m still applauding, including for the quality judges who invest their time and diligence in finding meaning in the pages.”

Both authors say it’s the story that matters. Joanne advises, “Write the best book you can.” Cynthia tell us, “A great story is not a writer’s solo effort. It is communication among the author, the characters, the reader, and the God of story, the Author of our faith.”

Joanne offers this advice to independently published authors: “Study the craft, read good fiction, and develop a writing style that is true to your heart and one that readers can engage with. Hone your marketing skills, put careful thought into a strong cover and polished product, learn who your audience is, and connect with them on a true and authentic level. Beyond that, I suggest trusting the process and embracing the unique role that books, and authors, serve in the Christian fiction market.”

Both authors remind us that it’s the grace and provision of God that allows them to write these award-nominated novels. “No matter where you land (and believe me, I have been rock bottom before with many, many rejections),” Joanne commented, “hold on to the hope that God doesn’t make mistakes, and the refining process is only going to equip you to be a better storyteller and a more tenderhearted author for your readers.”

The Evangelical Christian Publishers Association (ECPA) acquired the Christy Awards in 2016. The program gives awards in nine categories plus naming one novel “Book of the Year.” Members of ECPA see value in this prestigious Christian fiction recognition program. The ECPA board and Christy Award advisory board have an aggressive plan to bring out the best of Christian fiction.

The award announcements will be made at The Art of Writing Conference  and Christy Award Celebration Gala on November 8 in Nashville. Registration for both events is open until November 8. Register for either event separately, or both for just $99.

*This blog post was originally published on www.mounthermon.org/blog and was used here with their permission.