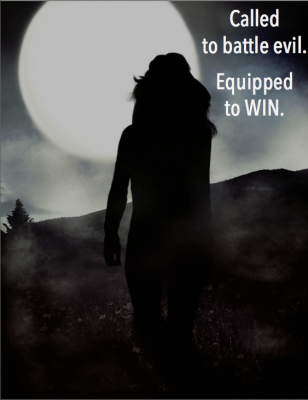 I connected with friend/colleague Bill Myers at the Write to Inspire conference a few weeks ago. Bill is a best-selling author and an award-winning filmmaker. His children’s DVD and book series, McGee and Me, has sold 4.5 million copies and has been aired on ABC as well as in 80 countries. He has written, directed, and done voice work for Focus on the Family’s Adventures in Odyssey radio series and is the voice of Jesus in Zondervan’s NIV Audio Bible. Bill is also managing partner of Amaris Media, International, a motion picture and media company currently developing several projects for both children and adults.

Bill told me about a project he is currently working on that sounds so intriguing I wanted to share it with you. It’s a full-length feature film called Forbidden Doors, billed as “a hard-hitting supernatural thriller.” Based upon a series that won the C.S. Lewis Honor Award, the film is about two teens who return to California from the Amazon mission field only to discover that their classmates—in fact, the entire town—are caught up in dark, occult activity. Armed with only their understanding of Scripture, and learning as they go, the brother and sister battle the forces of darkness to set the captives free.

Much of the money to produce this movie has already been promised by investors. But Bill and the filmmaking team believe that God would be glorified if His whole church worked together to make it happen. So they’re looking to raise the remaining funds in a unique way: through a Kickstarter Campaign. You can check out the details here: http://kck.st/1rdb4UI.

Here’s a quote from the Kickstarter website for this project: “2014 has had an unusually large number of ‘faith-based’ films. Some work, some are cheesy. Forbidden Doors has teeth. It is not a film you’ll be embarrassed to take your friends to.”

That sounds good to me!