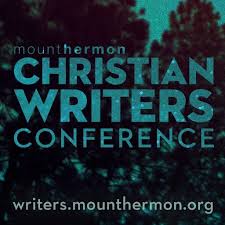 Geese fly in a V formation. The goose in front actually creates air movement that makes flying easier for the birds behind. … The oldest and youngest geese fly at the back of the V and honk like a cheering section for those ahead.

I purchased that book when I arrived at Mount Hermon a couple of weeks prior to the conference. I got to that chapter just as the event was about to start. As the new director for this fantastic conference, which I have cherished for many years, I could relate to that goose in the front. I wanted to create an environment that made it easy for faculty and conferees to connect in the ways God had planned and then to soar wherever God wanted to take them.

Throughout the conference I received “honking” from my “cheering section.” So many friends and colleagues encouraged me, telling me what a great time they were having and thanking me for taking on the mantle of director.

The Mount Hermon Christian Writers Conference is always awesome. (I’ve been going since the 1900s! First time was 1998. Five years as a conferee, seven years on faculty, then four years as critique team coordinator, made this my seventeenth time.) But this year we had more conferees for both the pre-conference mentoring clinics and the main conference than we’ve had in years, and the level of energy, excitement, and enthusiasm felt even stronger than usual. (That could’ve just been me. But several people told me the same thing.)

I absolutely love my new role as director. There are a ton more details to take care of than I ever imagined, even after having run a couple of PENCONs and a few Orange County conferences and running the new SoCal Christian Writers’ Conference. But the team I have to work with at Mount Hermon is incredible, and they’ve really welcomed me and befriended me and encouraged me and empowered me.

The best part was, I sensed, every minute of the event, that I was exactly where God wanted me to be, doing exactly what He wants me to be doing. And with so many friends and colleagues praying for me, both at Mount Hermon and back home, everything seemed to run as smooth as silk. Even when a few unexpected things came up, or when I realized I hadn’t done something quite right, I didn’t feel stressed out. Nothing bothered me because God just took care of everything. He went before me and paved the way so that all the details just worked out.

For example, one of our faculty members had to cancel the day before the conference started. As I was considering who might be able to teach during her workshop time, I ran into a faculty member who’d just arrived, and she asked if there’d been any last-minute changes. When I told her about the cancellation, she said, “Oh, I can teach on that topic.” God already had the perfect replacement in mind, and He brought her to my attention before I even had a chance to worry!

I felt like I sailed through the week on a cloud of prayer.

Mount Hermon 2017 is over, and I’m now turning my focus to PENCON the first weekend of May and to my SoCal Christian Writers’ Conference in June. But even as I do, I’m still basking in the thoughts of all the amazing things God did at Mount Hermon. The divine appointments He scheduled. The ideas He inspired. All the writings He prompted and encouraged and connected people to accomplish. The prayers He answered … usually in different ways than expected.

I had the opportunity to read the comments attendees made on their evaluation forms, which confirm some of the ways God moved in people’s hearts and lives. I also got this wonderful e-mail from someone when I got home from the conference:

I just wanted to send you a note to let you know that my time at Mount Hermon was beyond anything I could ask, pray, or think. I’ve been to a lot of different conferences, but there is something so unique and wonderful about Mount Hermon. 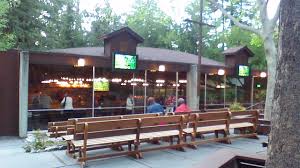 The place itself is truly set apart. As I drove in, I was overcome by a sense of wonder at God’s greatness. A stillness came over me. I had to stop by the side of the road, with tears in my eyes, and thank and praise God for bringing me to such a special place for such a special purpose.

I met so many beautiful new friends, learned so much, and was mentored by so many. I was struck by the fact that Jesus was at the core of every facet of the weekend, from the meals and worship to the speakers and workshops. All of the authors, agents, and editors were also so kind and helpful. I saw a heart for serving and mentoring in person after person. I felt very at home and comfortable. Even though I didn’t come with any friends, I left with many!!!

The entire time I was there, I also felt as though my new friend Kathy Ide was hosting us all with a warmth and hospitality that is hard to put into words. Thank you for all that you did. I’m sure that the hours and days (and nights) that went into planning and running such an intense and amazing conference were exhausting, but I want to let you know how much it all meant to me. Mount Hermon was an answer to a prayer I never even knew to pray. I am certain that your labor will “produce a crop–some thirty, some sixty, some a hundred times what was sown” into the lives and work of those who attended.

I’m already anticipating what God is going to do at Mount Hermon 2018. I hope you will start planning and saving now to join us in the beautiful redwoods next year. The wonderful Liz Curtis Higgs will be our keynote speaker. She’s the New York Times best-selling author of Bad Girls of the Bible, a series of Scottish historical novels, and many other books. Her messages are always encouraging, down-to-earth, and profoundly funny!

Pre-conference Next Level Mentoring Clinics will be March 21-23, and the main conference March 23-27. I hope I’ll see you there. I guarantee it will be an experience you won’t regret or forget!

If you attended Mount Hermon this year (or any time in the past), I’d love for you to post about your experiences.