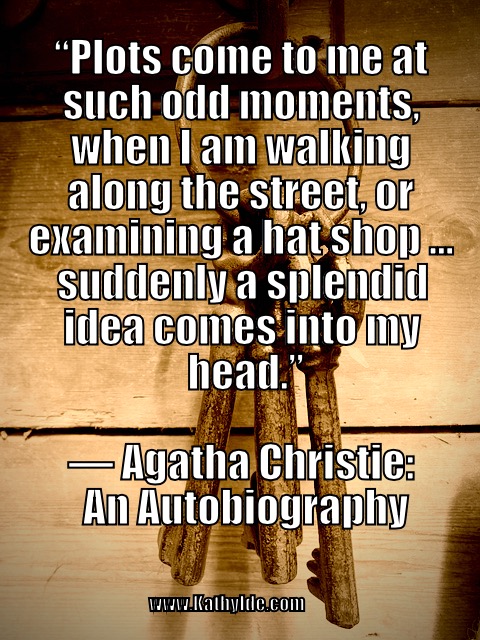 Light-colored locks framed an oval face with serious eyes and lips closed tightly as if she held a secret. The photograph found in Agatha Christie: A Reader’s Companion captured a momentary expression, one of many that painted the face of this well-known novelist. Agatha Christie has been known throughout the world as the best-selling novelist in history and has entertained millions with her stories.

Christie had three secret weapons that led to her success.

Secret Weapon #1: Curiosity. Christie had a vivid imagination that she dipped into again and again. Born in 1890, she grew up attending dance classes, writing poetry, and entertaining imaginary friends, which later appeared in many of her books. Christie enjoyed reading the children’s tales of her time, including The Story of the Treasure Seekers, The Railway Children, and Little Women.

Agatha Christie wasn’t known to have any ambition to become a writer but she made her debut in print at the age of eleven with a poem printed in a London newspaper. While Christie suffered from influenza, her mother encouraged her to write down the stories she loved to tell. As the years continued, she had several poems published in The Poetry Review.

Secret Weapon #2: Meticulous Research. Christie’s work in a dispensary provided her with a keen knowledge of poisons, which she put to use in her first novel, Mysterious Affair at Styles. In that story, the murderer’s use of poison was so well described that when the book was published, she received an unprecedented novel review from the Pharmaceutical Journal.

Christie wrote sixty-six crime novels, thirteen plays, and 154 short stories published in the United States and the United Kingdom. She contributed to three collaborative detective novels and wrote six romantic novels under the name Mary Westmacott. Her stories have been translated in more than fifty languages and published in seventy countries. She has sold more than two billion books, and Harper Collins expects to sell 600,000 more each year. Thirty feature films and more than one hundred TV productions have been made of her stories.

Secret Weapon #3: Humility. In spite of all of her success, Christie did not like being in the public eye and she rarely allowed herself to be interviewed. Humility added to the enchantment of her persona. Christie studied life and the people around her. She enjoyed writing about what she saw, including military gentlemen, lords and ladies, spinsters, widows, and doctors. Matthew Prichard, Christie’s grandson, describes her in a short documentary on her website as a “person who listened more than she talked, who saw more than she was seen.” A collection of additional family memories can be found at www.AgathaChristie.com.

As readers, writers, and editors, we can learn a lot from this masterful storyteller. 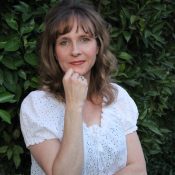 Joanne Reese started life in the beautiful Hudson Valley region of New York, where a frozen pond became a perfect landscape for her dreams to take root. Through the years, figure skating melted into the desire to become a prima ballerina. She has the broken pointe shoes and calluses to prove it.

Nowadays, Joanne finds expression through writing. She launched her writing career with magazine publications. Her devotions have been published in Light from the Word and on CBN.com. She’s had articles published in The Christian Communicator, Light & Life, P31 Woman, and Vista magazines. She’s also written regularly for the Living Series magazine in the Central Valley of California.

As the assistant for Kathy Ide Book Services, Joanne provides support for one of the most sought-after editors in the industry. She is also a member of The Christian PEN. She’s recently been invited to contribute to Castle Gate Press as an associate editor and to Splickety Publishing Group as a copy editor. When she’s not busy working part time at her local library, Joanne posts to her blog, spends time with family, and commiserates with the protagonist for her next novel.

Her editorial services and weekly book reviews can be found at www.JoanneReese.com.

« The Write Prayer » Meet My Latest Answer to Prayer