A Visit with Kathi Macias

In honor of the first anniversary of the launch of my Proofreading Secrets book, I thought my readers might like to know more about the authors who contributed tips to the book. This week’s guest is Kathi Macias, the multi-award-winning author of nearly forty books. 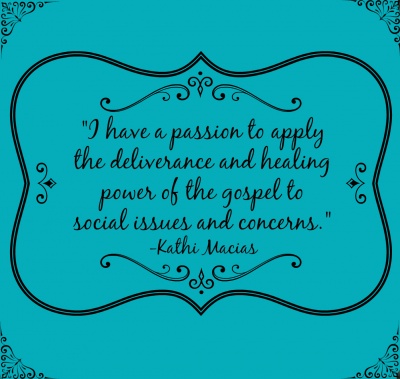 Thanks so much, Kathi, for contributing a “proofreading secret” to my book and for allowing me to interview you for my blog. Let’s start by sharing with my followers how the two of us know each other.

I’m not certain, but I think we met was at a writers’ conference where we served on faculty together.

I think you’re right—probably the Orange County Christian Writers’ Conference. We’ve both taught on faculty there for many years. So, tell something about yourself as a person and as a writer.

I have a passion to apply the deliverance and healing power of the gospel to social issues/concerns. I’ve been blessed to have an opportunity to do that in my novels.

What genre(s) do you write in, and why?

Tell me about obstacles you had to overcome to become an author.

I had to wait on God’s timing. I knew I wanted to write Christian books from the time I was saved at the age of 26. But God knew I wasn’t ready yet. He closed the doors for nearly a decade until I’d done some maturing and also learned Christian writing/publishing techniques by writing for magazines, newsletters, and curriculum.

Do you have a story of a writing setback or failure?

Tons of them! Seriously, if you’ve been in the business for any time at all, you have a long list of setbacks and failures. I remember how naïve and optimistic I was the first time one of my novels was optioned for a film. I just knew it was going to unfold on the big screen. I even picked out actors I thought should play the parts. LOL! Little did I know how many stories are optioned but never get past the finance stage.

Tell me about your current work-in-progress.

I am in the process of putting the finishing touches on my 2015 Christmas novel for New Hope Publishers. It’s about a Marine who comes home from Afghanistan with PTSD but doesn’t want to face it. As a result, he loses job after job and even risks losing his family. His heart begins to soften in the run-up to Christmas.

That sounds fascinating! Kathi, what do you love most about writing?

Creating characters is my very favorite part. I just love developing people’s quirks and talents and problems. I believe strong characters are the heart of any good story.

Describe your most difficult challenge in writing.

Research. I hate that part. I’m impatient and want to get on with the story, but I know I have to spend some time doing research first. I must admit that the Internet makes research much easier than it was back in the day when we had to go to the library to get it done.

Hands down, it was when my book Red Ink won the 2011 Novel of the Year award at the Golden Scrolls banquet. This book was loosely based on the life of a woman named Li Ying, a Christian in China who was arrested for her faith and given a 15-year prison sentence. I followed her story through Voice of the Martyrs and prayed for her regularly. She so inspired me that I decided to write a novel about a Christian woman in China who is imprisoned for her faith. I changed nearly everything else in the story to keep it a purely fictional account, but I dedicated the book to her. When I received the award, I accepted it in her name, not realizing that my words would go out over Christian newswires and prompt a phone call from Bob Yu, head of China Aid ministries. Bob told me he knew Li Ying and her parents. My prayer from the time I started writing that book was that somehow Li Ying would find out about it and know how much she was admired and prayed for. Bob said he would let Li Ying’s parents know about the book so they could tell her about it when they visited her in prison. I am thrilled to say that Li Ying has since been released from prison. I continue to pray for her and her family daily.

Wow! That is an incredible story behind the story. Now, tell us: do you prefer print or e-books, and why?

That’s a tough one. I like both, but for everyday reading I prefer my Kindle because it’s so easy to carry around. I have a Bible on it, plus several reference books and quite a few novels and nonfiction books. However, when it comes to speaking or Bible teaching, I prefer a print copy. It’s easier to flip back and forth quickly and accurately with a print book than an e-book.

When did you know you wanted to be a writer?

I never wanted to be anything else. I’ve loved words since I first discovered them, even before I reached kindergarten age. I read everything I could get my hands on, and when I ran out of reading material, I started writing my own.

What is your favorite book on writing?

I suppose I’d have to say the Writers’ Market or the Christian Writers’ Market Guide, simply because I have used them so much over the years. I also have a writers’ workbook of my own called The Train-of-Thought Writing Method: User-Friendly Help for Beginning Writers.

Your workbook has been a tremendous help to many writers. Really valuable. So Kathi, is there an author who inspires you, and why?

Several, actually, though I suppose Francine Rivers and Brock and Bodie Thoene would be at the top of my fiction list. I love their books with Jewish themes/history. My favorite nonfiction authors would be Max Lucado and Brennan Manning.

Francine Rivers is one of my favorite novelists too. Kathi, what is the best advice on writing you ever received?

Someone once told me, “If you want to be a successful writer (or mechanic or nurse or teacher), find someone who’s already successful at it and hang around them.” Works for me!

I love that! Works for editing too. Kathi, what does your writing space look like?

I have two writing spaces. I have an office attached to the house. But for much of my writing, I work in a corner of my living room on a beautiful mahogany desk that was my parents’ first piece of furniture when they got married in 1947.

What one piece of advice would you share with aspiring writers?

If you truly believe God has called you to write, then do so with all the heart and dedication you can. Writers aren’t successful when they sell a million books, but rather when they obey God’s call to write.

Amen! Thanks so much for sharing from your heart, Kathi! 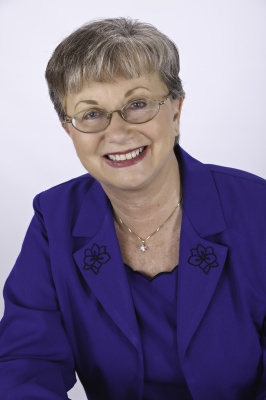 Kathi Macias is a multi-award-winning writer who has authored nearly 40 books and ghostwritten several others. A former newspaper columnist and string reporter, Kathi has taught creative and business writing in various venues and has been a guest on many radio and television programs. Kathi is a popular speaker at churches, women’s clubs and retreats, and writers’ conferences. She won the 2008 Member of the Year award from AWSA (Advanced Writers and Speakers Association) and was the 2011 Author of the Year from BooksandAuthors.net. Her October 2012 release, Unexpected Christmas Hero, was named 2012 Book of the Year by BookandAuthors.net.  Kathi “Easy Writer” Macias lives in Homeland, CA, with her husband. Visit her website at http://kathimacias.com.

« Q&A with Anita Higman » A Chat with Lena Nelson Dooley