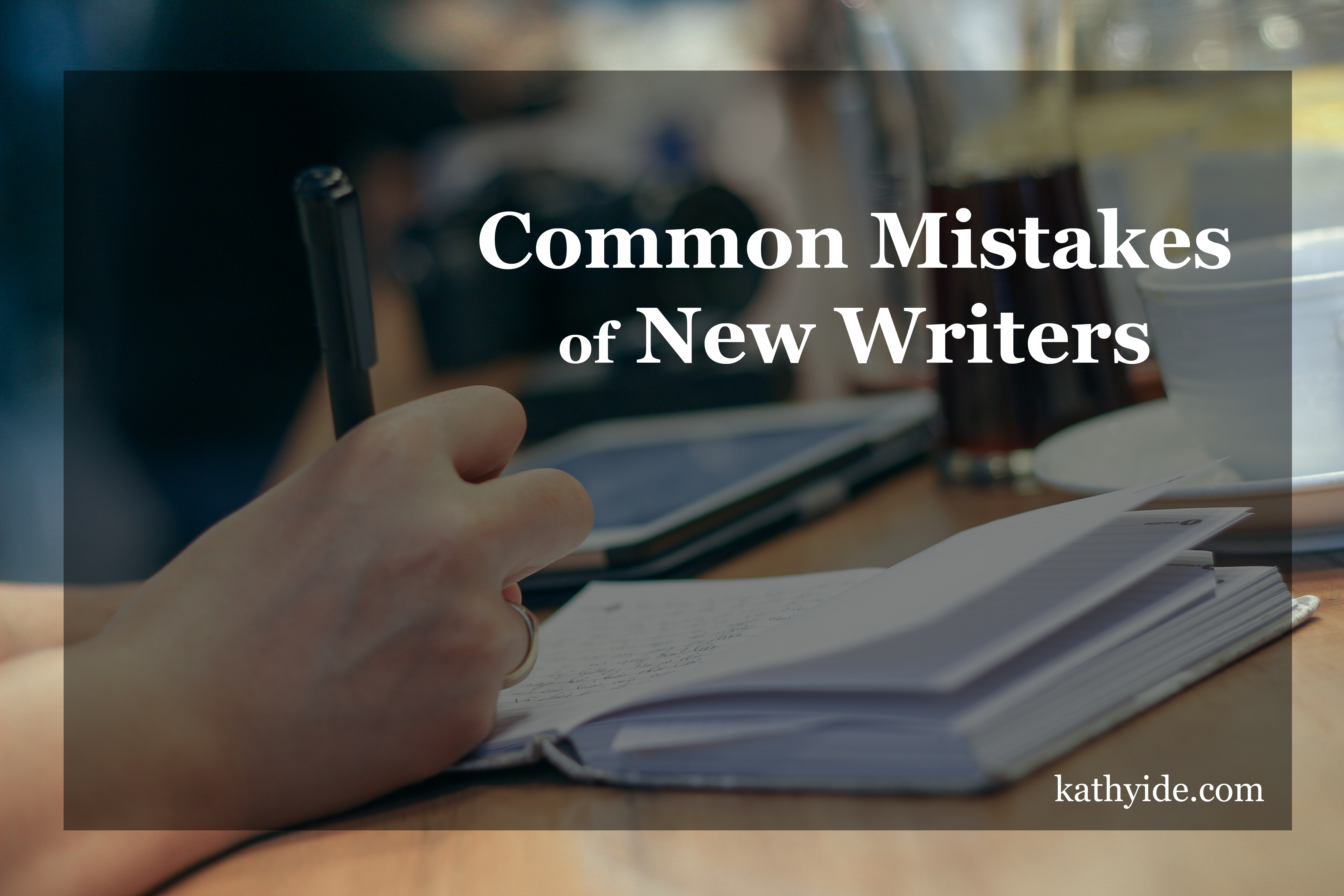 While new writers are filled with the best intentions, there are some common mistakes they typically make:

1. Unrealistic expectations. Writing seems to be the only art form in which beginners expect immediate success. Just because you can read and write, that does not mean your words are ready for publication. I love to sing, but I wouldn’t dream of asking someone to pay to hear me sing. I’ve never received any voice training, I’ve never worked with a professional, I’ve never had my voice critiqued by a pro. And yet new writers, with no professional training, are often perplexed when they receive rejection letters from publishers. If you expect someone to buy what you write, take the time to learn how to do it right.

2. Flowery writing. Novice writers tend to use big words when smaller ones would be more easily understood. A simple word, or a familiar one with impact, is usually a better choice.

3. Overuse of adjectives. Novice writers sometimes use flamboyant (or too many) adjectives. Other new writers use vivid descriptions too sparingly.

4. Overuse of adverbs. Search your manuscript for words ending in “-ly.” You’ll probably find a plethora of them, most of which can be deleted. A strong verb is always preferred over a weak verb with an adjective.

5. Long sentences and paragraphs. Novice writers often pack too much into a single sentence, producing run-ons or long, confusing structures the reader can’t follow. Readers (and publishers) like to see “white space” on a page, not one big paragraph taking up the whole page.

6. Odd or missing attributions. Some new writers tend to omit dialogue tags, leaving the reader to wonder who is speaking. Others fail to vary the “he said” format. While said is nearly “invisible” when used sparingly, many alternatives exist and should be used occasionally. But avoid using flowery tags (like “he intoned”). Instead substitute the thoughts and observations of the point-of-view character. Lines of dialogue followed by an action should end in a period, not a comma.

7. Transitions. Novice writers sometimes omit details that allow readers to go from sentence to sentence and follow the action. Don’t give your readers “literary whiplash” by jumping from one time, place, or point of view too often or too suddenly.

9. Point of View. Novice fiction writers often switch point-of-view randomly. When a POV switches is made, start a new section/chapter and immediately indicate who the new POV character is.

10. Mechanics. Novice writers often neglect, or are unaware of, correct punctuation, usage, grammar, and spelling rules. Nothing brands a new writer as an “amateur” more quickly.