Making Sense of the World 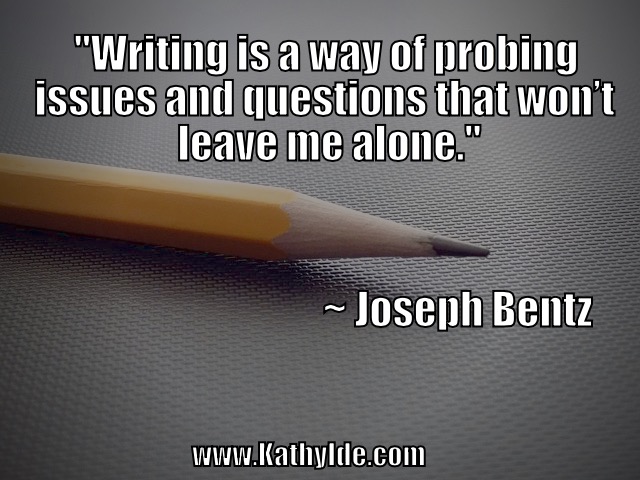 A warm welcome to my my dear friend Joseph Bentz, a professor of English at Azusa Pacific University, and author of several books.

I run. For many years I have run five miles a day, at least four days a week, with an occasional longer run on Saturdays. Running for me serves several purposes. It’s good exercise, but for me it is also a great time of solitude, prayer, and brainstorming for my writing. I never bring a music player or any other device that will distract me. Even though it’s hard, it’s an important part of my daily routine and I love being able to do it. I run early in the morning, sometimes in the dark, and it’s a great way to start the day.

For most of my years of running, I never participated in any organized event. But this year, to my complete surprise, I completed the Los Angeles Marathon. I ran with my daughter and others from my church, and we ran for World Vision, which uses this event to raise funds for life-saving water projects in Africa. Once I finished, I thought I would probably never do it again, but now I’m planning to run the LA Marathon in 2017, Lord willing.

One of the most interesting jobs I had during two summers when I was in college was working for a temp agency in Indianapolis. The jobs they sent me on lasted from a couple of days to a couple of months. I worked at a radio station, a landscaping company, a furniture store, a discount-store warehouse, and a factory. One day I might be typing things into a computer all day long, and the next day I would be pulling dead shrubs out of the ground or planting hundreds of flowers around a downtown building. One company was moving to a different city and was desperate for help as they closed up the old office, so I worked eighteen hours nonstop. I never knew what to expect from day to day, but it was fun.

What books have you written?

My writing journey has followed a winding path. I started out working on a fantasy novel, Song of Fire. That book took me ten years to write, since I was learning by trial and error while I was also busy with graduate school and the early years of my teaching career. The first draft was too sprawling (over 1,200 pages), but eventually I rewrote it to about half that length and then started sending it out. Thomas Nelson published it in 1995.

I wasn’t sure whether I had any more books in me, but I kept writing! I wrote three contemporary novels for Bethany House, and then I got the opportunity to do some nonfiction books on Christian living topics for Beacon Hill Press. My most recent book for them is Nothing Is Wasted: How God Redeems What Is Broken, published earlier this year. I am currently at work on another book for them on Scripture passages that have changed the world.

I am so grateful for the writing opportunities I have had. Last year Enclave Publishing published my fantasy novel, Dreams of Caladria, which is a revised version of my first novel. It was published on the twentieth anniversary of the release of the original book.

There are really two things I love about writing. One is that it helps me to make sense of the world. Some people think of writing as an expression of ideas the writer already has, but for me, writing is a way of probing issues and questions that won’t leave me alone. Every nonfiction book I have written started out as some kind of question or complaint that I wanted to explore. With my book When God Takes Too Long, for instance, I wondered, why is so much of life about waiting? What are we supposed to do with all that waiting? What is its purpose? Why is the world set up that way?

With fiction, the process is a little different. My novels start not with a question but a scene. I see it like a little movie scene in my head, and I write it down and have to figure out what the rest of the story is. When it works well, the process feels like I am remembering the story rather than making it up.

The other thing I enjoy about writing is the connection with readers. I love the idea that I can fight and struggle for months or years with a manuscript that eventually will sit in the hands of a stranger, who will read it and enter into a kind of strange conversation with me about these ideas, even if we never meet. When I think of the writers whose works I enjoy, I feel like I have met them and talked to them, so as a writer I get to be on the other end of that kind of conversation.

The most challenging thing about writing is keeping up the discipline and courage to keep doing it. There are endless reasons not to do it—constant distractions, lack of time, the unpredictability of the publishing world, insecurity, and on and on the list could go. Like other writers, I have to set all that aside every day and sit there and do the work. I have to identify everything else as an excuse, and I have to reject it in favor of following my calling as a writer. In writing, there is no substitute for showing up each day.

The most rewarding moments connected to my writing are times when I get to interact with readers. Hearing how readers react to my books makes all the hard work worthwhile. One of my novels, A Son Comes Home, is often taught in literature courses at my university, and I love going to these classes and hearing the students’ feedback and answering questions about the book and about the novel-writing process.

One time, shortly after one of my books had been published, I got a phone call at my office from a woman who didn’t introduce herself but just started thanking me for my book and telling me how much she had enjoyed it. At first I thought she must be talking about my new book, because that was the one on my mind, but then I realized she was actually referring to Song of Fire, my first novel. She said she had wandered into the library and just happened to see that book on the shelf. She pulled it down and started reading it and then looked me up online so she could talk to me about it. We had a great conversation. I love that kind of thing.

My favorite parable is the prodigal son. In fact, my novel A Son Comes Home is heavily influenced by that parable and in some senses is a retelling of it. I didn’t intentionally set out to build a prodigal son theme in that book, but it emerged pretty strongly as I wrote, which shows how deeply ingrained that story is in me. I am now studying that parable again, more than twenty years later, as part of my new nonfiction book. In earlier years I focused mostly on the younger son, with whom I strongly identified, but now I am learning to understand the other two characters, the father and the older brother, much better. Much of the gospel message is present in that story. 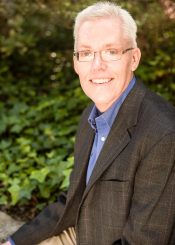 Joseph Bentz is a professor of English at Azusa Pacific University in Southern California, where he teaches courses in writing and American literature. His second novel, A Son Comes Home (Bethany House, 1999; republished by Randall House, 2007) won the Silver Angel Award and was chosen as one of the Top Ten Christian novels of the Year by Booklist magazine.

Bentz is a regular book reviewer for CBA Christian Market magazine, which covers the Christian book industry, and he has published hundreds of other articles in magazines, journals, and newspapers. He has a PhD and an MA in American literature from Purdue University and a BA in English from Olivet Nazarene University. His blog, Life of the Mind and Soul, can be found at www.josephbentz.com.