My Visit to The Seed Company: Part Three

My previous two blog posts were about an invitation I received last spring from The Seed Company to speak to their writers and editors. If you read them, you may recall that I felt somewhat concerned about preparing workshops that would work well for this group, which was different from my usual audiences at writers’ conferences I’ve spoken at in the past.

As the time for this conference approached, my concern gradually turned to panic.

June is always a busy time for me, as that’s when my parents bring my sister and her kids from 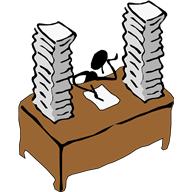 Colorado to visit me and my hubby in California. Their ten-day visits are filled with touristy stuff—Disneyland/California Adventure (three days), Legoland, Sea World, Universal Studios, Medieval Times, the beach … and I like to take a bit of time away from my editing work to do a few of those things with them. Especially if my sweet goddaughter can come along. This year was no exception.

On top of that, I’d agreed to do a writers’ conference in Pennsylvania immediately following my family’s visit. (You can read about my wonderful experience at St. Davids in my previous blog posts.) With those back-to-back activities, I didn’t get much editing work done that month.

In early June, I got a contract from a commercial publishing house for my “Proofreading Secrets of Best-Selling Authors” book (with a new title: “Proofreading Secrets of Best-Selling Authors”). YIPPEE!!!! They wanted a fully edited and carefully proofread manuscript by the end of July (figuring that since I am a professional freelance editor and proofreader, they could skip those in-house processes and schedule an earlier release date). Since I had to leave for Texas on Monday, July 29, to do The Seed Company’s conference, that meant my manuscript had to be turned in by the prior Friday, or at least no later than Saturday, July 27. So, when I wasn’t traipsing around with my family and flying off to PA, I got busy contacting the best-selling authors I knew and asking them for proofreading secrets.

Other than that, polishing my manuscript for publication didn’t seem like a big problem. After all, I’ve been self-publishing my PUGS book for years to authors and editors, many of whom have let me know when they found an error, and I’ve proofread each version very carefully before it got published. But when I printed out the manuscript and went through it, I was shocked at how many things needed to be fixed. And all that fixing, and then printing it again and finding more mistakes and fixing those errors as well, took quite a bit of time in the month of July.

As a result of late-night chats with a friend/colleague at the St. Davids conference, my agent called in early July to say that a major commercial book publisher was extremely interested in my fiction-lover’s devotional (the one I’ve been posting about so much lately). They wanted the complete manuscript, but were willing to settle for five or so sample chapters. So in the midst of catching up on editing work after my busy June, proofreading my proofreading book, and taking my goddaughter to her first dance recital, I managed to put together sample chapters to send to this publisher (who, unfortunately, ended up not offering a contract for the book after all).

The last week before I had to leave for The Seed Company, I carved out several blocks of time to work on my three talks. And then they told me they wanted me to do a fourth one! A hands-on workshop where their writers and editors could utilize the writing and editing techniques I was going to teach them. A great idea! And one more thing to squeeze into my schedule.

To make matters worse, I read something in my noontime Bible study that really shook me up.

[You can read about that in Part Four of my Seed Company saga next week!]