My Visit to The Seed Company: Part Two 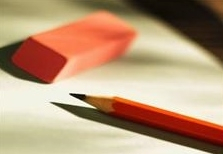 Last week, I posted about an invitation I received from The Seed Company (www.theseedcompany.org) to speak to their writers and editors. When I saw what great publications they already put out, with well-polished writing, I panicked, wondering what on earth I could possible teach these people that they didn’t already know.

After exchanging several e-mails with Jan and Kim, I came to realize that basically what they wanted me to do was teach their writers how to write even better, teach their editors how to edit even better, but mostly how both groups of people could get along better. Apparently their people struggled with the same delicate “dance” that most authors and editors experience, when a writer works hard to create something wonderful, then hands it over to someone who seems to rip it to shreds. (Since I’m a writer and editor myself, I’ve been on both sides of that fence, so I could totally relate.)

We settled on three workshop titles: “Using Fiction Techniques to Make Nonfiction Come Alive” (which I had never taught before but I felt that would be most appropriate for this group), “Levels of Editing” (a workshop I had presented before), and “Fulfill Your Calling” (which would be based on a keynote presentation I’d given at a few other writers’ conferences). I figured I could come up with plenty of good information for the first workshop and easily tweak my existing notes for the other two.

That was until I actually began studying my notes. The first workshop took quite a while to prepare from scratch. The second one came together fairly well. But for the third one, most of what I’d presented at other writers’ conferences just didn’t apply to this group.

My panic intensified as the conference week drew closer.

[Tune in next week for Part Three of my “Seed Company Saga”!]